Elektra Solar GmbH is a spin-off from the German Aerospace Center (DLR), Institute for Robotics and Mechatronics.

Elektra Solar GmbH works in the field of manned and unmanned aerial systems offering ready to use products, services and technologies. The main activities of the company are focused on the development and commercial use of aerial platforms with integrated automation and robotics technologies. The company offers optional piloted and unmanned aerial vehicles as well as ready-to-use aerial systems prepared for particular applications. Having expertise in aircraft design, avionics, electronics, robotics and development of safety critical software, the company offers support in the preparation of aerial platforms for customer-defined applications, integration of the payloads as well as in the development of mission software. Elektra Solar provides services in operation of the aerial systems for scientific projects and commercial missions. 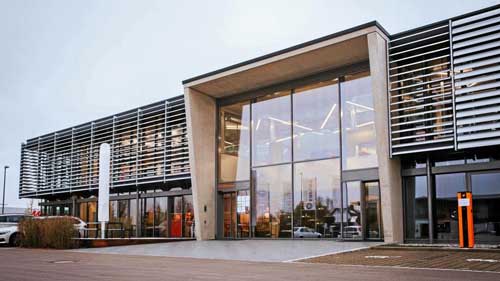 The roots of the company go back to 2011. This year PC-Aero GmbH was founded in 2011 by Calin Gologan. Elektra One electric aircraft was the first product flying in March 2011. In the same year, we got in Oshkosh (USA) the Lindbergh Prize for Electric Aircraft Vision. Elektra-UAS GmbH was founded in 2012 for unmanned systems and application. Both companies merged in 2016 under the new name Elektra Solar GmbH.

In 2015 we flew with the Elektra One Solar for the first time over the Alps. The first flight of the larger Elektra Two Solar took place in 2017. In 2019 we flew with the Elektra Two Solar UAS (unmanned version) up to 10 km altitude completely autonomously, including start and landing. Our aircraft systems for control and operation were already used for hundreds of flight hours, manned and unmanned.

Our unique features and main strengths

We design and produce a family of solar-electric aircrafts based on aerodynamic and structural similarity, using the same system components (electric power unit, autopilot and solar system). This gives our customers the following advantages:

All our aircrafts are available in optionally piloted and UAS versions. This gives our customers the following advantages:

We own the main IPs needed for design and production of all our products: very light composite structures, electrical propulsion system, hard- and software for digital aircraft control including algorithms for autopilot on all levels, starting from drivers and sensor data low level processing up to the strategies for mission control and handling of emergency situations. This fact gives our customers the following advantages:

We are selling also IP for our products to partners interested in development and production of their own aerial systems. We offer IP-transfer projects up to the taking of customer prototypes into operation or even setting up a series production.

We take the Energy Challenge 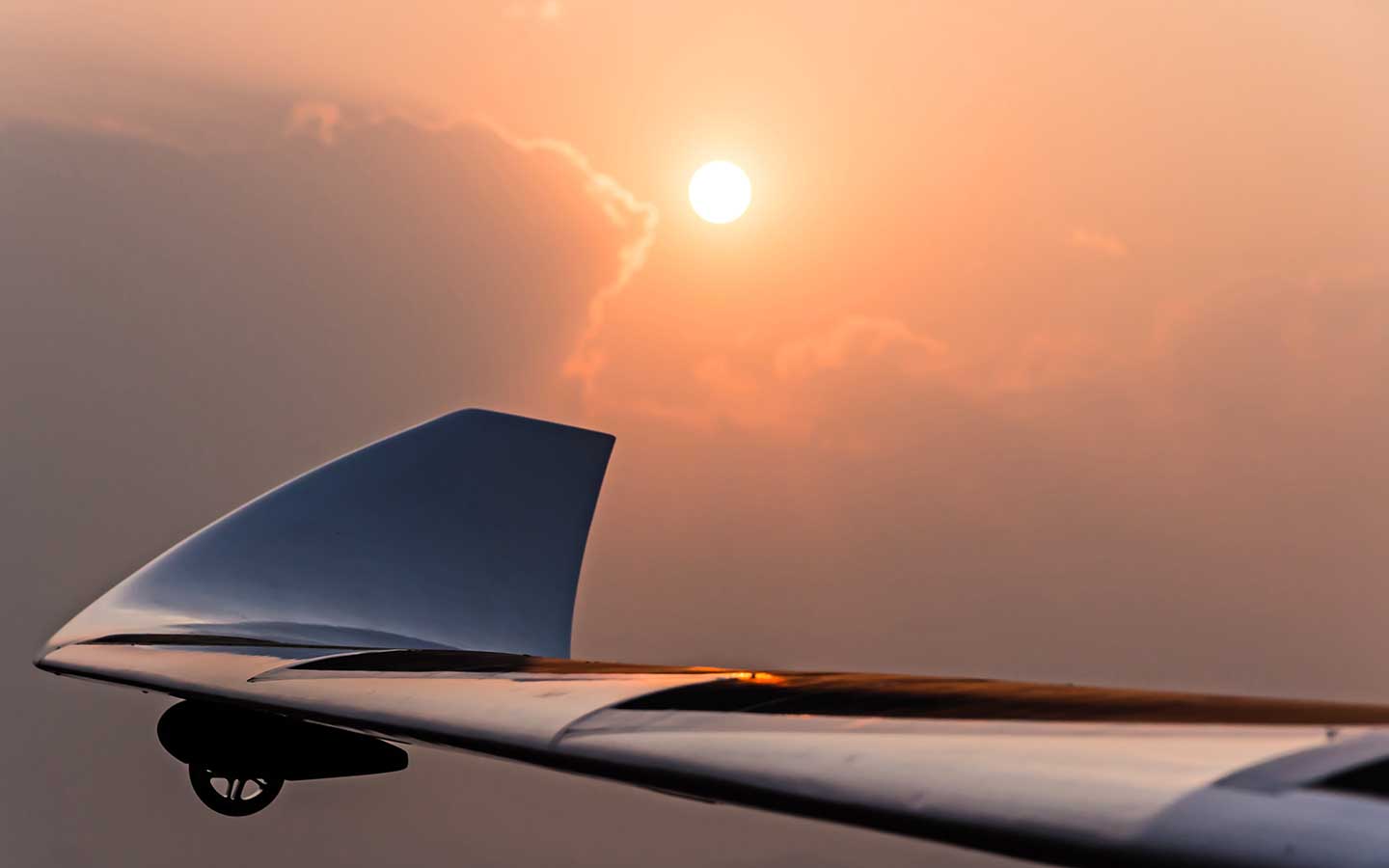 Due to the low battery energy density, electric flight can be successful (range and endurance) only if we reduce the energy required to fly. This can be done only by saving weight (structure and systems) and very clean aerodynamics. In addition the efficiency of the whole electric power unit including propeller, motor, motor controller and batteries must be maximized.

Some missions can be realized only using batteries. In order to extend the flight envelope (range, endurance and altitude) we need to add other energy sources: solar or hydrogen (fuel cells).

Solar energy is the best “hybrid” solution to get to the high altitudes.

We take the Emission-Free-Flight Challenge

The International Transport Association (IATA) fixed for 2050 the goal to reduce the CO2 emission by 50%. The International Civil Aviation Organization expects in case of no bigger changes in the current technologies an increase of the CO2 emissions in aviation by factor 4. But the political goal of limiting the global warming in 2100 by only 1.5 Degree can be achieved only by reaching ZERO Emission in 2050. Considering all the facts we can clearly conclude that there is only one option for the future of aviation: ZERO Emission goal up to 2050.

Having this big goal in mind, we have been developing as main shareholder in the SCYLAX GmbH company (see scylax.com) an electric aircraft E10 for transportation of up to 10 people. Combined with special solutions for take-off and landing, this aircraft can be used even without runways - just on a free space, e.g. field, of 100 m. With batteries available today, travelling distances of 300 km are possible. 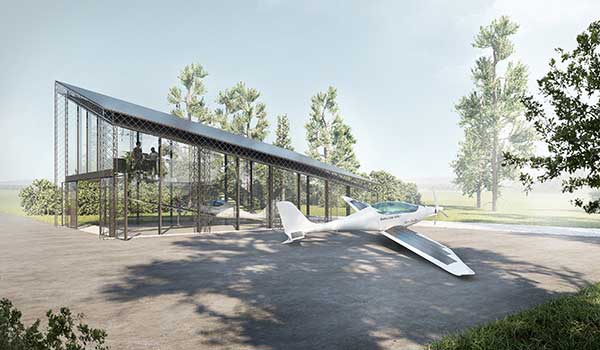 Extremely low operation costs allow to realize novel mobility concepts for people and goods. A fast and economic connection between villages, towns and cities become possible. People could commute between their regional properties and cities for jobs daily.

Using a unique combination of traditionally proven aircraft concepts, of very good aerodynamics, of novel lightweight structures, of electrical propulsion combined with automation technologies for autonomous flight and maintenance, we propose a solution which could be realized and taken into operation today and not in ten years. The usage of hydrogen propulsion system will extend the operations range of E10 over 1000 km.

We take the Digitalization Challenge in Aviation 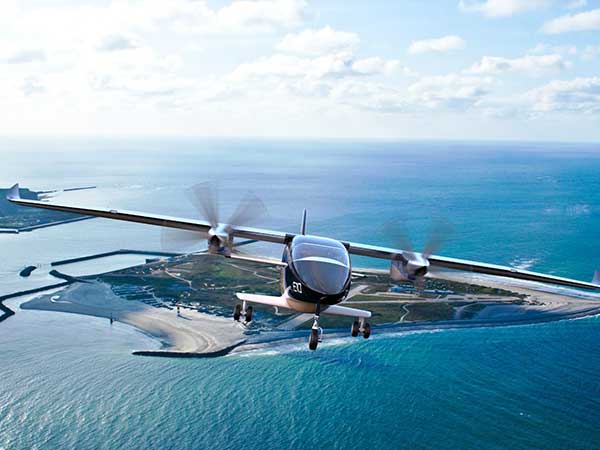 The new revolution in aviation is expected by means of extending the electrification of the propulsion system with new automation technologies for operation and maintenance of the aircrafts. This is the so-called Digitalization Challenge in Aviation. Having a full functional autopilot in an electrical aircraft like E10, a significant optimization of energy consumption is possible.

By integration of intelligence for the handling of emergency situations, an operation with a single pilot will become possible in the very next future as well as a fully autonomous operation for cargo transport. A prototype of such a system has been currently testing on Elektra Two aircraft.

We have been also working on a new maintenance system based on automatic data collection from all components of the aircraft including propulsion system, avionics, structure. These data are automatically analyzed and as a result, a cost- and time-minimal maintenance program is suggested depending on the current state and the real usage of the aircraft.